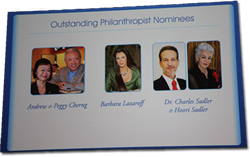 Nominated by AVIVA Family & Childrens’ Services, Barbara had the honor
of being a finalist for the award of Outstanding Philanthropist. 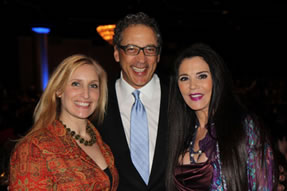 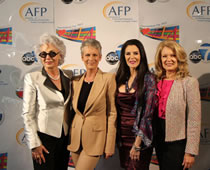 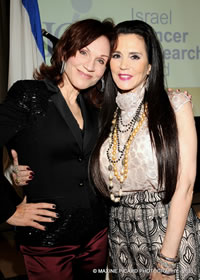 This event, for which Barbara is part of the planning committee,
honored Pat Fine, Judy Knapp, and Marina Vaysburd, M.D..
Marilu Henner — star of stage, screen and television,
as well as best-selling author — did Barbara the favor of acting as Master of Ceremonies. 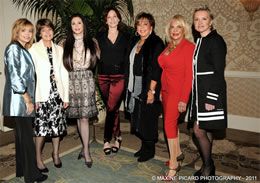 To learn how you can support the ICRF:
please visit icrfonline.org or call the ICRF office at 310-274-2400.

Pancreatic Cancer Action Network’s “An Evening with the Stars” 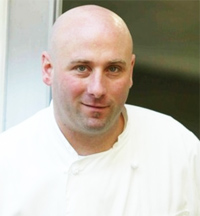 Chef Matt Bencivenga — Chef and Managing Partner of Wolfgang Puck Catering — was honored with the Spirit of Hope Award for his amazing courage and determination with his own diagnosis of pancreatic cancer diagnosis two years ago. 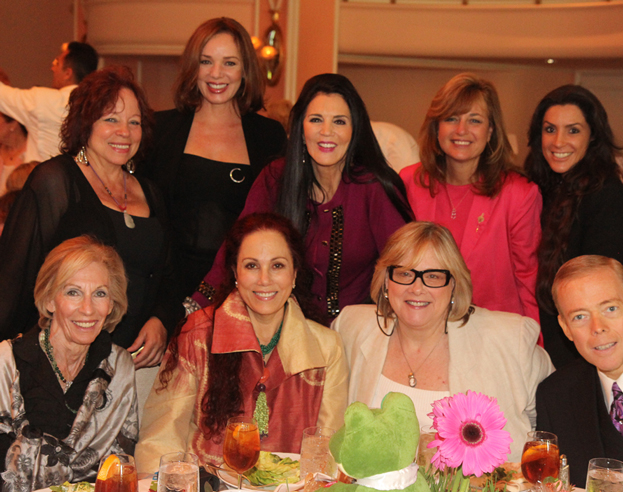 Barbara sits on the board of Friends of Sheba and was honored to present honors to Noa Tishby at this Women of Achievement Luncheon.

For information visit the Friends of Sheba Medical Center website
or call Marsha Grant Associates at 323-904-4400.

The Bel Air Affaire 2011: A Night Made in Heaven
for American Friends of The Hebrew University

Barbara joined AFHU’s Western Region in Bel Air for an evening hosted by Brindell Gottlieb, honoring the dedication and philanthropy of Mike and Irena Medavoy with a presentation of the Humanitarian Torch of Learning Award.

This elegant dining and exciting entertainment supports scholarships to enable students to attend the Hebrew University of Jerusalem.

You can learn more at AFHU.org

The Serra Project presented Barbara Lazaroff with their first annual Alliance for Housing & Healing Visionary Award because of her exemplary work as a tireless and award-winning designer, restaurateur, author, and philanthropist.

Quoting the A Faire of the Heart 2011 honorees web page:

Barbara led the production of a cookbook for People Living with HIV/AIDS and has been involved in a number AIDS charities. Her substantial support of AIDS assistance includes such well-known regional fundraisers as Project Angel Food’’s Divine Design, Dining Out For Life, and Aid for AIDS’’ Go Eat LA, among others.

The Serra Project is a nonprofit agency founded in 1987 to provide safe, caring homes for people living with HIV/AIDS who would otherwise find themselves in unsafe, unhealthy living conditions. Their door is open to all regardless of race, color, religion, marital or familial status, sexual orientation, ancestry, gender, age, national origin or ability to pay.

An Evening On The Beach
benefitting St. Vincent Meals on Wheels

This exclusive event was limited to only 550 people.
Many thanks to Audi for its sponsorship of this event and of St. Vincent Meals on Wheels.

You can learn more about it at AnEveningOnTheBeach.com

Guy Laliberte, founder of Cirque du Soleil, became the first space tourist when he traveled in a Russian spacecraft to the International Space Station. He shares the experience through 149 magnificent photos in his new book, Gaia. Barbara joined Guy at his official book launch party. Book proceeds benefit Laliberte’s One Drop Foundation, providing water for the world.

As one of the event Vice Chairmen, Barbara had the honor of bestowing honors.
She and fellow attendees payed tribute to Jacob Dayan, Consul Ceneral of the State of Israel and his wife Dr. Galit Dayan for their outstanding contributions representing the State of Israel. Mireille and Barry Wolfe were also honored and were recipients of the first ICRF Laureate Circle Founders Award.

AIA/Los Angeles, a chapter of The American Institute of Architects has again selected Barbara Lazaroff as one of the two special presenters for the ceremony. Barbara has been helping present these awards for several years.

The Calabasas Malibu Wine & Food Festival and the city of Los Angeles honored Barbara Lazaraoff with a lifetime achievement award and gratitude for her years of philanthropic work.

This year, Barbara helped bestow the honors on others — Carlos Santana and Dave Koz — and the funds raised will help International Medical Corps, a humanitarian nonprofit that relieves suffering through health care programs.

Tuesday April 19, 2011
As Barbara Lazaroff continued her traction of helping other, the captivating and thoroughly charming Westside Children’s Choir again performed this year.

Barbara took to the high seas with more than 1,000 millennial movers and shakers as they sailed to a private island to discuss the positive impact they can bring to our world.

Pulling together the brightest people in business and culture, Summit at Sea featured world-class speakers like Sir Richard Branson and Blake Mycoskie of TOMS Shoes, and hurls attendees into insane activities such as shark-tagging and coral reef building designed to help them forge lifelong friendships. We can only imagine the greatness that catalyzed in these international waters.

Barbara co-chaired this inspiring event at the JW Marriott Los Angeles at L.A. Live. She invites inspired women to join her and NAWBO-LA’s group of impressive women at next year’s luncheon and other NAWBO-LA events. To learn more about NAWBO-LA visit NAWBOLA.org. 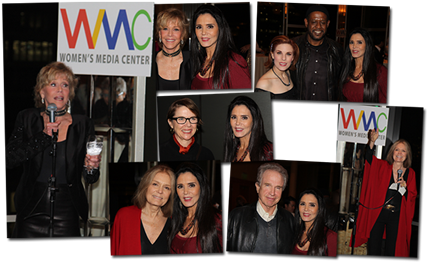 On closing night of Tony Award-winning 33 Variations at The Ahmanson Theater, Jane Fonda and Gloria Steinem hosted a private reception in support of The Women’s Media Center which the two women co-founded.

When Jane Fonda asked Barbara to attend as a contribution to the center, Barbara was happy to be there.

The goal of the Women’s Media Center is to:

“change the fact that women’s voices and stories are systematically excluded from the media, effectively silencing over half the country and even half the world’s population.

In fact, only 16% of films in 2009 had female directors; only 4 women have ever been nominated for a “Best Director” Oscar – with only one winner; and females are only 24% of people interviewed, heard, seen or read about in mainstream broadcast and print news.